Broadway actress sparkles in Mason Street ‘Evita’
“Certainly Trisha Rapier, the Broadway actress playing the title role, brought quite a bit more than the “little touch of star quality” her character sings about. Rapier’s dazzling, disarming smile starts winning support from the first song, and her rich vocals keep that support building throughout Eva Duarte’s somewhat checkered rise from small-town cutie to radio and film star to the wife of President Juan Peron to beloved spiritual leader of Argentina. Whether she’s tossing out a string of lovers on “Good Night and Thank You” or convincing Juan Peron “I’d be Surprisingly Good For You” or leading the labor unions in “A New Argentina,” Rapier’s Eva is always likable, believable and powerful. She exudes the kind of charisma such a woman must have had.” – The Grand Rapids Press

AMT’S ‘Monty’ has what it takes
“Former manager Harold is so terrified by downward mobility he hasn’t told his wife Vicki (the wonderfully ditzy Trisha Rapier) he got laid off -six months ago.” – Mercury News

AMT’S ‘Monty’ has what it takes
“Sheri Sanders (Georgie) and Trisha Rapier (Vicki) both have show stopping numbers and they shine in their scenes, but the true magic is in their reprise of “You Rule My World”, singing of their devotion and love to the men they married- easily the most touching song of the show.” – The Edge San Francisco

Angels and Devils in America
“Mr. Gellman, a clarinet player and music teacher, lost his wife and remarried Rose Stopnick Gellman (the spot-on Trisha Rapier), who is paving her own way to hell on earth through good intentions.” – Baltimore’s City Paper

Newsical- All the stuff that’s fit to spoof :.

“Trisha Rapier with her beautiful voice portrayed the legendary Barbara Streisand and emphasized the importance of her political views. Watching Trisha go from playing Jackie Kennedy to a trimspa loving mother to Michael Jackson (who wants to be Peter Pan) was brilliant. “ – Chris Boccard – ChrisBoccard@TheCinemaSource.com

“Trisha Rapier deftly captured all the moods of Sally Bowles. She lets you see why Cliff is fascinated with her, and you can see the reality she hides from, especially when she delivers an emotional but dull eyed “Cabaret.” For this woman, if there is no party, there is no life, and Rapier shows how Sally would rather live in her irresponsible whirl than face any seriousness.” – Neal Zoren of “The Delaware County Daily Times”

“Trisha Rapier’s furious rendition of the title song is gripping…” – J. Cooper Robb for “Philadelphia Weekly” J. Cooper Robb also gave Trisha the honorable mention as “Best Actress in a Musical” in an article titled “Top of Performin’ to Ya ! The best of Philadelphia theater 2004/2005”

“Leading the pack in wackiness is Trisha Rapier playing the dizzy Audrey after whom the plant is named. Rapier can belt out a tune like a bell and can sweet-soft you with caresses in her voice. As Adelaide in the Forestburgh production of “Guys and Dolls” this past month, she mixed the same concoction of vocal zaniness and sweetness that made me sit up and take notice. The role wasn’t as fat as Adelaide but she made it as round as she could. This lady should have a short trip to Broadway.” – Tom Kane, of “The River Review”

“Capturing the heart and soul of a character in a play is what drives serious actors. But when the title character is a world figure, the challenge becomes awesome. One such actress taking up the charge is Trisha Rapier in the role of “Evita.” In both voice and action, Rapier meets the test- as compelling on stage as her character was in life.” – Times Herald-Record

“The likable cast (a foursome, of course) is uniformly terrific, with Trisha Rapier, the sole lady golfer, shining brightest—and bawdiest. She’s a young, sexy Carol Burnett with a serious set of pipes, which she shamelessly flaunts” …More…

“Trisha Rapier, who plays Mabel, will floor you will the clarity and stylistic range of her voice. Inside her petite body rages the voice of a classical, pop and gospel singer. As one audience member yelled out, ‘Sing it girl!'” …More… 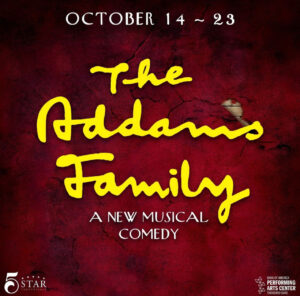 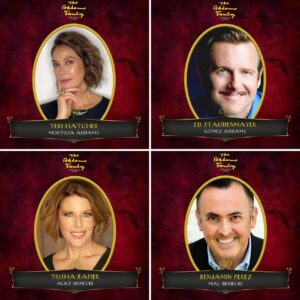